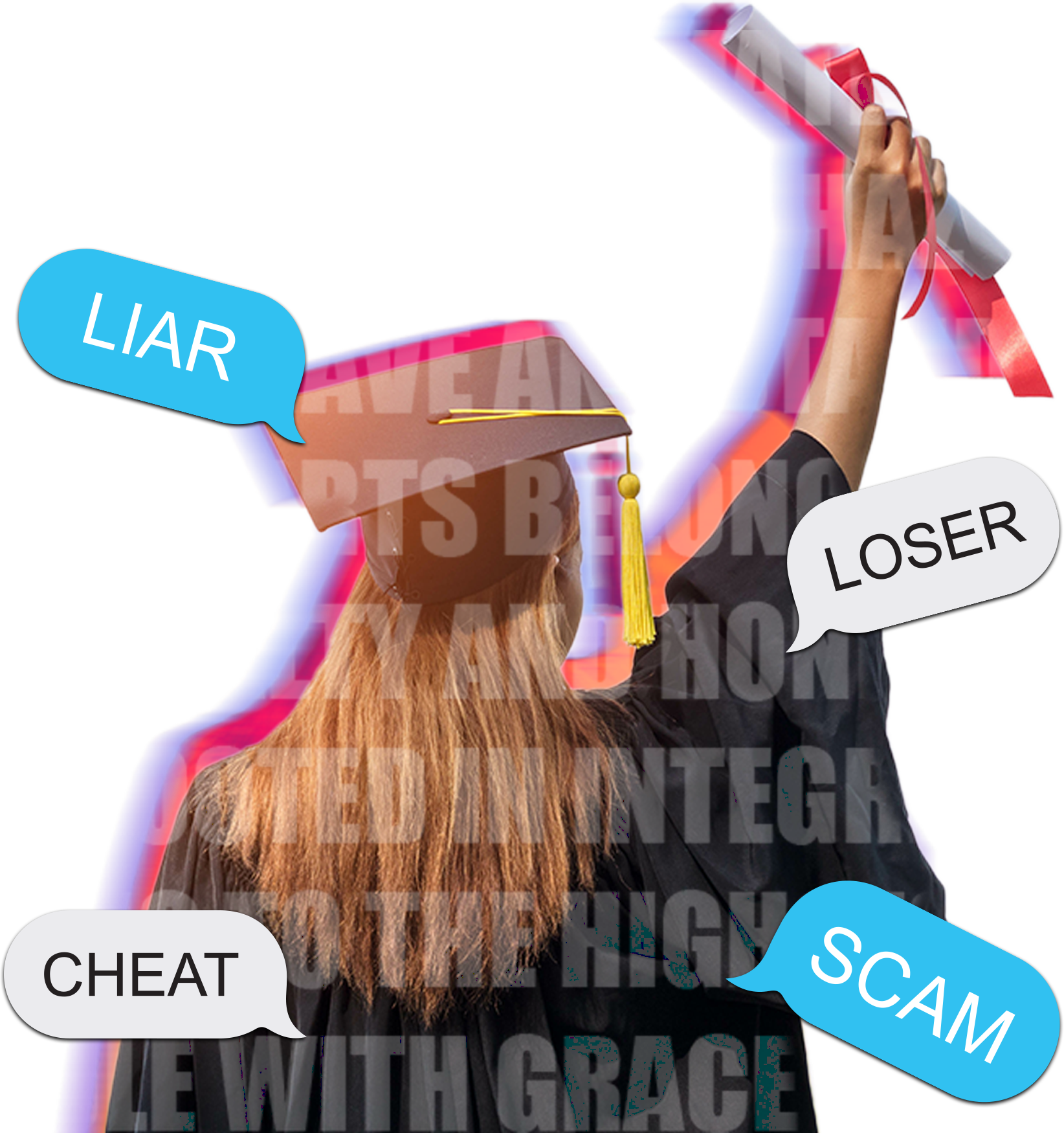 Bars of Ivy: The College Admissions Scandal Musical is a fresh, new musical inspired by the 2019 college admissions scandal, which follows Ivy McKenna, a high school senior who gets caught up in the scandal, and faces the consequences for a crime she didn't commit. Ivy learns the power of friendship, loyalty, and truth as she is forced to accept events out of her control.

Bars of Ivy began in January of 2021 when Casey Lyons was watching a video about the notorious 2019 College Admissions Scandal. As he watched the children of famous actors and business people, Casey thought "How crushing would it be if your parents cheated to get you into college, and you didn't know?". He wrote a song about this notion, and presented it to Caroline Miller. She was intrigued and they began the process of writing the show.

After a few months, they got some of their friends together to hold a reading. This wasn't the first time they had produced a musical with their friends...Limelight in 2019 sold out two performances at Theater Wit in Chicago, raising $3,000 for Saving tiny Hearts Society! Once their friends signed on, Casey and Caroline booked the Gorton Center theatre in Lake Forest, IL, and rehearsed for two months with their new cast. In July 2021, Casey and Caroline raised $6,000 for Saving tiny Hearts Society with the proceeds from two performances.

But that is only the beginning...Casey and Caroline are working to get Bars of Ivy developed and performed further! In May 2022, a shortened version of the show was performed at the Loyola Academy One Acts Festival. A full-length is slated to be performed at Loyola Academy's brand new Performing Arts Center in June 2023. 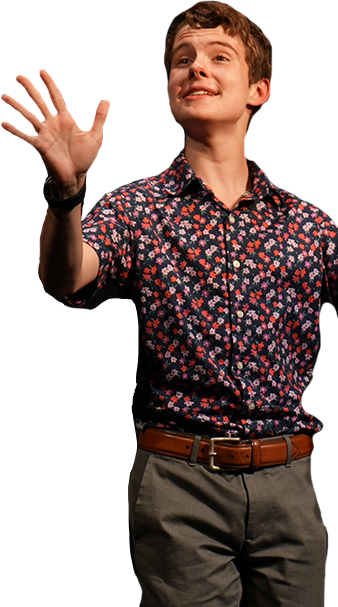 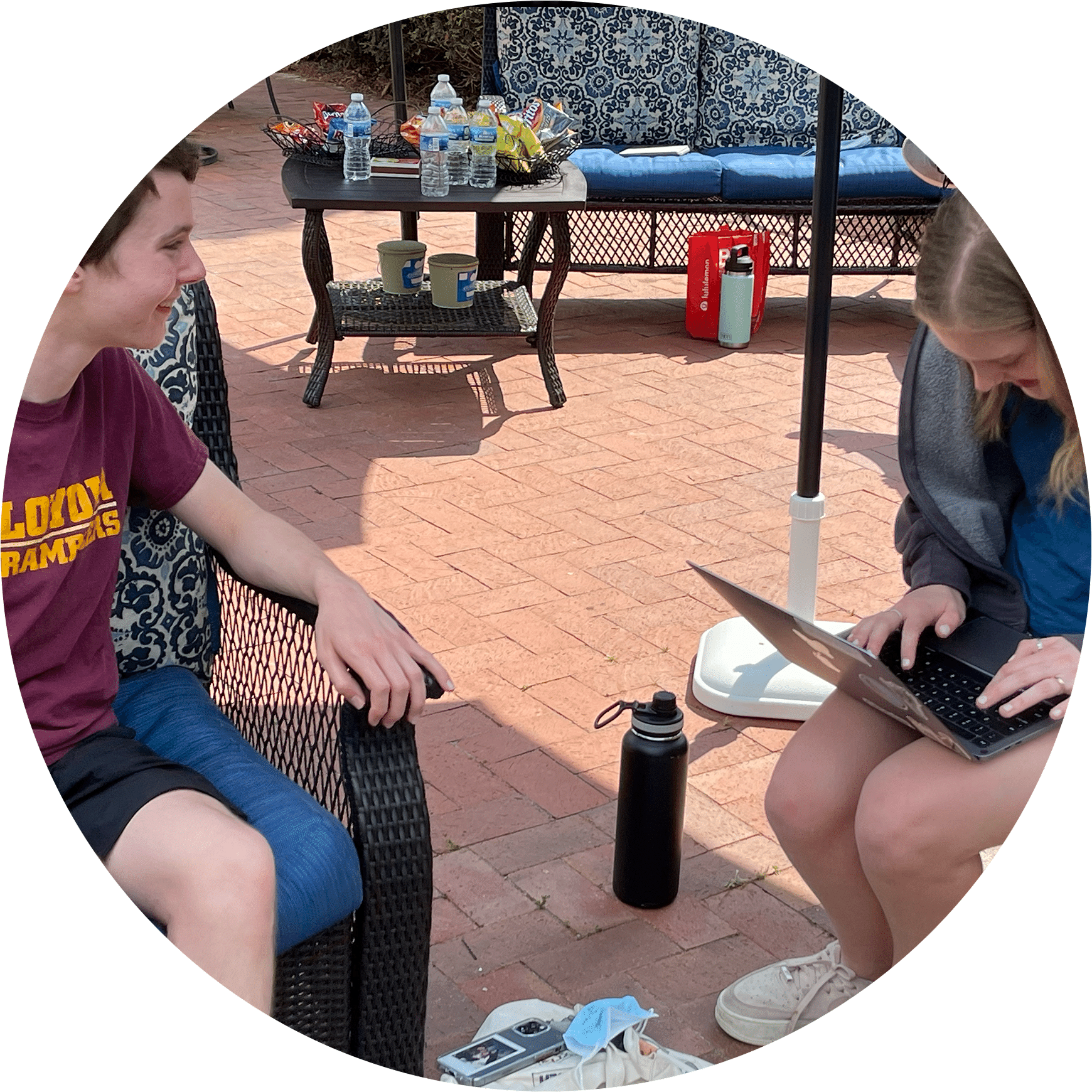 WHY BARS OF IVY?

Bars of Ivy is a story worth telling.
Here’s why we think so.

Why now? It is a new perspective on a well-known, currently unfolding story. Advancement in the education system is an on-going battle in the hearts and minds of many parents and students across the country.
Why us? We are close to the process ourselves, giving us a sort of inside knowledge of it from the student’s perspective.
Why will people see it? College admissions are a hot topic in homes across the country, and the scandal has only furthered discussions about the nature of the system. Students and parents need to experience this story together.
Why does it matter? It matters because there are people out there like our characters, struggling to be seen and validated in a system and culture that doesn’t believe in them or see them as they are.